Exercise May Help Protect Your Eyes

Exercise can seem like a daily chore to some, but it actually may help our body in more ways than we think. A recent study suggests that exercise could protect our eyes as we age. 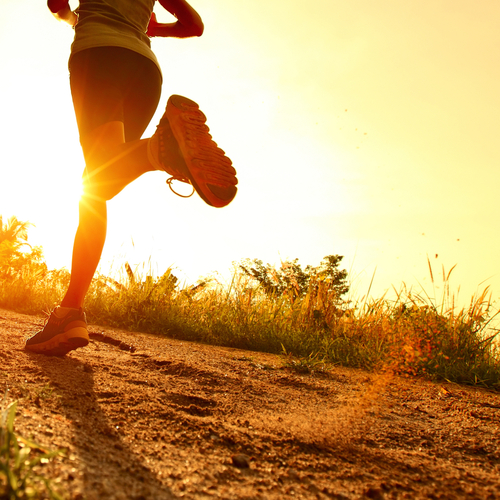 It has been proposed the exercise may reduce the risk of such eye diseases as macular degeneration, which is the leading cause of severe vision loss in people over the age of 60 and occurs when neurons in the central part of the retina deteriorate. A 2009 study of more than 40,000 middle-aged distance runners found that those covering the most miles had the least likelihood of developing age-related macular degeneration. Unfortunately this study didn’t compare runners to non-runners and also didn’t try to explain how exercise might have an effect on the incidence of eye diseases, which limited the usefulness of its findings.
Recently researchers at Emory University in Atlanta and the Atlanta Veterans Administration Medical Center in Decatur, Georgia decided to look into those very questions posed by the 2009 study on how exercise might affect eye health. Their interest had been piqued by animal research at the V.A. Medical Center that had determined that exercise increases the levels of substances known as growth factors in animals’ bloodstreams and brains. These growth factors, especially one called brain-derived neurotrophic factor (B.D.N.F.), are known to contribute to the health and well-being of neurons and are thought to contribute to improvements in brain health and cognition after regular exercise.
But the brain isn’t the only part of the body that contains neurons. The retina also holds neurons and therefore researchers were curious to see if exercise might raise the levels of B.D.N.F. and potentially affect retinal health and vision.
To test the possibility that exercise may benefit retinal health and vision, the researchers gathered healthy adult mice, half of them were allowed to remain sedentary all way, while the other half began running on mouse-sized treadmills at a gentle pace for about an hour a day. After two weeks, half of the mice in each the two groups were exposed to bright light for four hours. The other mice stayed in dimly lit cages. This kind of light exposure is widely used as an accepted means of inducing retinal degeneration in animals. It doesn’t precisely mimic the slowly progressing disease of macular degeneration the way it happens in humans, but it causes a comparable loss of retinal neurons that help scientists easily study.
The mice then returned to their former routines of either running or not exercising for another two weeks. After that period of time the scientists measured the number of neurons in each of the animal’s eyes. The unexercised mice that were exposed to the bright light were found to be experiencing severe retinal degeneration. Almost 75% of the neurons in their retinas that detect light had died and the animals’ vision was failing.
However, the mice the exercised before being exposed to the light retained about twice as many functioning neurons as the animals who did not exercise. In addition, those cells were more responsive to normal light than the surviving retinal neurons found in the unexercised mice. The study seems to prove that exercise can armor retinas against age-related vision loss and therefore help to maintain healthy vision.