This month is National Glaucoma Awareness Month. January is an important time to raise awareness and spread the word about glaucoma, its symptoms and its treatment. The disease is considered the “silent thief of sight” as there are virtually no symptoms associated with it and once vision is lost, it’s gone for good. As much as 40% of vision can be lost before any sort of change is noticed. Glaucoma is the leading cause of preventable blindness. Currently there is no cure for glaucoma, but with early detection and treatment, its effects can be slowed down and further vision loss can be prevented. Over 2.7 million Americans, and over 60 million people worldwide, have glaucoma. Experts estimate that half of these individuals don’t even know that they have the disease. With these numbers growing, it is very important to not only receive regular eye examinations, but to help raise awareness about the disease as well.

Help Raise Awareness about Glaucoma
Talk to your friends and family about glaucoma and the importance of regular comprehensive eye exams. If you have glaucoma, let your family members know as it’s important for their eye doctors to know about the family history associated with the disease.
What is Glaucoma?
Glaucoma is a group of eye diseases that gradually steal sight without any warning. Although the most common types of 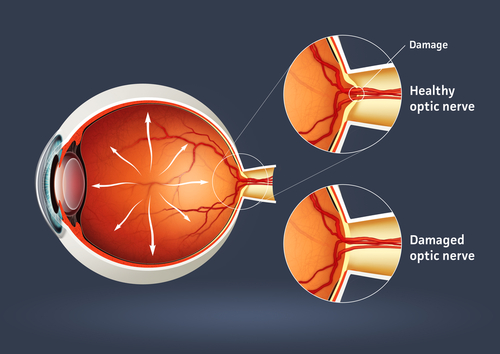 glaucoma primarily affect people who are middle-aged and the elderly, it can affect people of all ages. Vision loss is caused by damage to the optic nerve. The optic nerve acts like an electrical cable with over a million wires and is responsible for carrying images from the eye to the brain. There’s no cure yet for glaucoma, but with medication or surgery, further vision loss can be prevented.
Types of Glaucoma
There are two main types of glaucoma – primary open-angle glaucoma and angle-closure glaucoma. These are marked by an increase in intraocular pressure, or the pressure inside of the eye. When optic nerve damage occurs despite normal eye pressure, this is known as normal tension glaucoma. Secondary glaucoma refers to any case in which another disease contributes or causes increased pressure, which then results in optic nerve damage and consequently vision loss.
Facts about Glaucoma
According to the World Health Organization, glaucoma is the second leading cause of blindness in the world. The most common form of glaucoma has virtually no symptoms. Vision loss begins with peripheral vision, so if you have glaucoma you may not really notice anything until a significant amount of your vision has been lost. One of the best ways to protect your sight from glaucoma is to get a comprehensive eye examination on a regular basis. Glaucoma is the leading cause of blindness among African-Americans as well as Hispanics. Also, siblings of people diagnosed with the disease have a significantly increased risk of developing glaucoma as well. 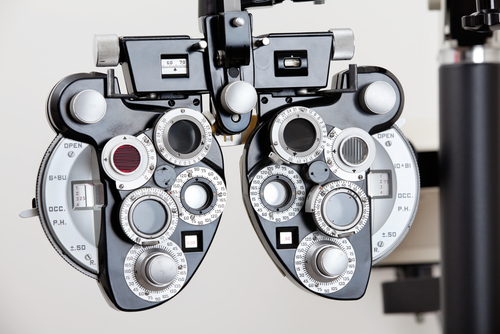 Individuals at higher risk of developing glaucoma include people of African, Asian, and Hispanic descent. Other high-risk groups include people over 60, family members of those already diagnosed with the disease, people with diabetes, and individuals who are severely nearsighted. Comprehensive eye exams are especially important for those at a higher risk for the disease and may help to prevent any unnecessary vision loss.